Don’t Worry! Contact US TODAY & ONE OF our Team will be happy to help! 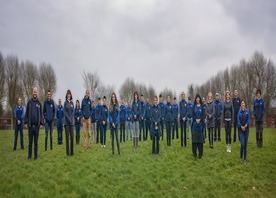 Explore what our lovely customers have to say about our projects completed at Aldridge Trimming.

I recently bought a tonneau cover from you in dark green and I couldn't believe how well made that is - it will make the rest of the car look British Leyland whereas the tonneau looks Rolls Royce standard! Please send my thanks and admiration to whoever made it!

I have been looking to tidy up the interior of my 1994 XJS Coupe. 2 areas of the interior were really beginning to let it down - the headlining and the driver's seat.

Dan at Aldridge Trimming was very patient with me, as the car had to be rebooked with him several times due to the logistics of arranging this from the North West... but it was worth the wait. Having arrived at a slightly unprepossessing industrial area in Wolverhampton, once inside it was a real Aladdin's cave! Lots of wonderful cars and bikes being worked on - including a beautiful full retrim of series 1 E type coupe, a VW Karmann Ghia, a Healey and what was probably a Ferrari 246 Dino under a cover. The people were lovely and all came to cast their expert eye over the XJS, including trying to sort out how my later facelift car differed from the earlier HE and Pre-HE, from a trim side (answer? = a lot!).

Behind the line of cars being worked on were row upon row of trimming worktables, with lots of different projects on the go and finally behind them were the rolls and rolls of stock material, waiting to be used. I could have stayed there for a long time, talking trimming and running a business during the pressures of lock down etc, but my wife was waiting, so I had to hurry!

I asked that both the headlining and the driver's seat were attended to. Dan found a suitable headlining cloth, a shade darker than the original, but still suitable and we agreed that the driver's seat should be repaired but to keep the patina that it had. I think they did a good job. And I felt it was value for money.